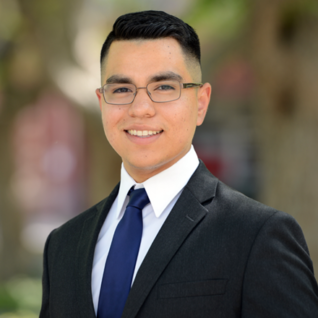 CCC Taught Mauricio Flores the Value of an Education

Mauricio Flores is about to get his bachelor’s in cell, molecular and developmental biology at the University of California, Riverside. He’s currently fielding offers from employers and graduate schools. And, he says it’s his experience at Contra Costa College that makes him stand out among applicants.

“It gave me a competitive edge to say I began at a community college, as opposed to starting out at a university,” he explains. “Because, it was different from the other applicants.”

There are many other reasons Mauricio says he’s glad to have gotten his start at CCC.

To begin with, he says it taught him how to succeed as a college student.

Mauricio came to CCC through our distinguished Middle College High School partnership with West Contra Costa Unified School District. Then, he decided to stay at CCC to complete an Associate Degree in Liberal Arts, Math and Science.

Mauricio credits CCC’s instructors and support services with helping him get where he is, today.

Looking back, he’s especially impressed by all the special attention his CCC professors were able to devote to their students.

“The classes were much smaller than at a university,” he explains. “Because of that, the professors were more personal with their students. They would make jokes, and go more in-depth about the material. At a university, you have hundreds of students attending one class. You don’t want to ask questions, because you don’t want to look stupid in front of everyone.”

“And, teaching isn’t the only reason professors at a university are there. They’re there to conduct their own research. At a community college, professors are there solely to teach students. You can really see the difference shine through.”

And, when the instructors weren’t helping him out, plenty of other services were.

“I was a regular at the math center,” he recalls. “It wasn’t my strongest subject, so I was always there getting help from the professors and tutors there.”

He was also part of the Metas learning community, which he says was very supportive and helpful.

But, it was campus-wide tutoring that really helped take him to the next level.

“The staff there always challenged me to think more in-depth about the material. Developing more in-depth critical thinking skills has been useful, especially for me right now, as a researcher.”

“I work in a laboratory,” he explains. “Biochemistry. We focus specifically on bacterial gene regulation. I’m looking at how e-coli are able to translate and transcribe DNA almost instantaneously into proteins.”

Even Mauricio’s interest in biology came out of his experience at CCC.

“I took an introductory biology course,” he explains, “and it really kind of sparked my passion for biology. I got to learn about how these tiny molecules, like DNA and protein, determine the quality of my life.”

Mauricio has already been accepted into a graduate cancer research program in Buffalo, New York. But, he’s also weighing other options. He’s interviewing with a pharmaceutical company. If he is offered that position, he’ll have to decide whether to take it or focus on getting his Ph.D.

Wherever he goes, he’ll always look back on CCC fondly.

“It taught me the value of an education.”