Quick Links
Graduation is happening May 21! We'll be celebrating with a virtual commencement and roll-through grad pack pick-up.
Get the Deets
Translate 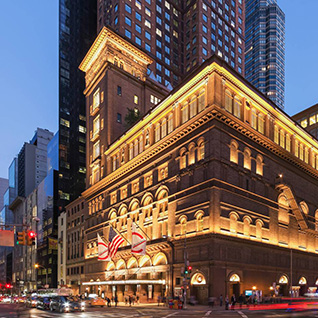 Three college ensembles had the opportunity to perform at Carnegie Hall last week, and one of them was from CCC!

Our very own Contra Costa Singers were chosen to perform at Gotham Sings!, an annual concert series spotlighting musicians from around the country.

On Collegiate Choral Showcase night, CCC’s group, pulled from our vocal chamber music classes, were the only representatives of a community college. Sharing the stage that night were the Iowa State Cantamus Women’s Choir and the University of Louisville’s Singing Cardsmen.

Our group rehearsed for months leading up to the event, including two preview performances at Michiko Studios in midtown Manhattan on Saturday.

The Carnegie Hall show was described as “magical” by those in attendance.

The trip also included shows at Long Island University and Club Bonafide, a performance with instrumentalists from SUNY and an impromptu performance at the Denver airport.

Be sure to check out our catalog and schedule if you’re interested in learning more about our music program.