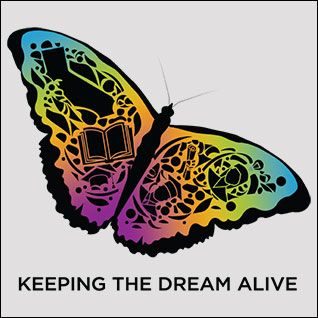 The ‘unwinding’ of DACA does not impact a student’s ability to attend our colleges, qualify for an exemption from nonresident tuition fees, or to apply for financial aid under the provisions of the California Dream Act. These are state programs that are entirely separate and distinct from DACA and the federal enforcement of immigration laws.

You can even use this handy tool to see if you apply for in-state tuition.

Top 6 Things to Know about the Current Status of DACA:

NOTE: USCIS is not accepting requests from individuals who have never before been granted DACA. USCIS will not accept or approve Advance Parole requests from DACA recipients.

On September 5, 2017, it was announced that the DACA (Deferred Action for Childhood Arrivals) program that was created under President Barack Obama would be terminated pending a six-month delay to allow Congress to take action.

While the Trump administration has announced its decision to end the Deferred Action for Childhood Arrivals (DACA) program, Contra Costa College stands with undocumented students, and wants to assure the CCC community that campus will remain a safe place for all.

It is important to note that today’s decision on the ‘unwinding’ of DACA does not impact a student’s ability to attend our college, qualify for an exemption from non-resident tuition fees under AB540, or to apply for financial aid under the provisions of the California Dream Act. AB540 and the California Dream Act are state programs that are entirely separate and distinct from DACA and the federal enforcement of immigration laws.

There are many resources available to students impacted:

“We remain committed,” Wood said, “to doing our part by providing the education and training all of our students need and want.”

In January 2017, the Contra Costa Community College District board voted 6-0 to to protect undocumented students, as reported by the East Bay Times:

The district will withhold students’ personal information from federal agencies like U.S. Immigration and Customs Enforcement, and retain existing financial aid policies for undocumented students. The resolution approved Wednesday night makes several assertions, including that the district will protect students ‘who meet the minimum requirements for admission, regardless of immigration status.’ No personal student information, the resolution says, will be released without a judicial warrant, subpoena or court order, or that student’s permission.

This post will be updated as more information becomes available.