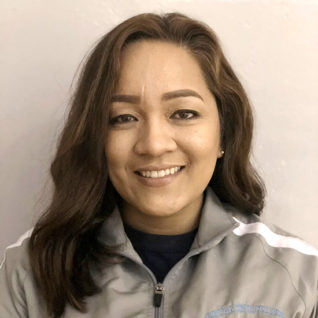 Coach Tianero played at Contra Costa College from 2005 to 2006. She graduated with honors from CCC  in 2007, then earned her bachelor’s degree at San Francisco State University.

Coach Tianero’s coaching philosophy is to foster growth in her athletes, and to mold the group of individuals to communicate, to be responsible, and to hold themselves accountable. She believes in nurturing their dreams and striving to reach their greatest potential on and off the court.