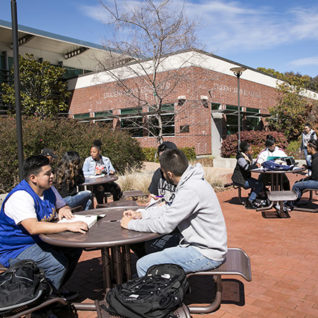 The meals are catered by a rotating roster of popular local restaurants, and are offered on College Center Plaza at 12:45 p.m. Tuesdays, Wednesdays and Thursdays. Lunches are first-come, first-served and only while supplies last, but in its first four weeks, has yet to turn a student away.

During the Fall, 2022 semester, CCC students can pick up free lunch on Tuesdays, Wednesdays, and Thursdays.

The program was conceived of, planned and launched in a matter of weeks, as Acting President Dr. Kimberly Rogers took over campus leadership.

Students who would like to pick up a free lunch can do so at 12:45 p.m. on College Center Plaza, Tuesday – Thursday. Free breakfast tickets can be picked up in the Student Life Office (SAB-101) while supplies last. Students can also pick up free groceries and other supplies through the Comet Market by visiting SAB-101.