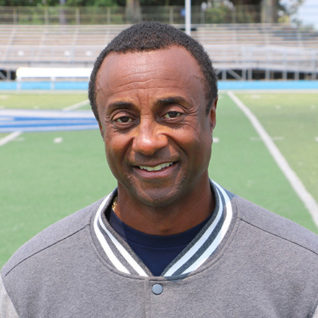 Brian Guinn brings a wealth of collegiate and professional baseball experience to CCC.

His professional career as a shortstop included playing for the minor league affiliates of the Oakland A’s, Chicago Cubs and Chicago White Sox. While obtaining his bachelor’s degree in sociology at UC Berkeley, Guinn played varsity intercollegiate baseball all four years, along with one year of basketball. Guinn graduated from the University of San Francisco in 1996 with a master’s degree in sports and fitness management.

After being drafted by the Oakland A’s in June of 1983, Guinn’s minor league highlights included three All-Star Team selections, Caribbean All Star Team selection (Dominican Republic), Topps Player of The Month, four American Association Player of The Week and three league championships. From 1995 to 2000 Guinn served as a professional scout-area supervisor for the Arizona Diamondbacks, where he evaluated talent in northern California and northern Nevada. Guinn was also the Head Baseball Coach at the Academy of Art University from 2009 to 2014. He now holds the position as the Head Coach at Contra Costa College.